It will be of no surprise (or joy) for readers to hear that market conditions deteriorated significantly from May with indices across all asset classes and geographies diving into the end of the financial year to 30 June 2022.

Domestic inflation at a 13 year high, central bank rate rises (RBA’s cash rate has moved from 0.10% to 1.35% since April), property market weakness, record fuel prices and slides in global markets, combined with substantial tax-loss selling conspired to create almost the perfect storm, particularly at the smaller end of the ASX.

Most of these issues were mirrored in other developed economies, with the US stock market enduring its worst six month start to a calendar year in more than 50 years.

The All Ordinaries slid 9.4% in June (outside of the start of Covid-19 this was the worst monthly fall since the GFC of 2008), the S&P/ASX Small Industrials Index fell 10.0% whilst the S&P/ASX Emerging Companies Index was decimated, down 18.6%. Despite, what we considered some optimistic company news, the Cyan C3G Fund ended a horrible financial year by falling 16.8% in June. 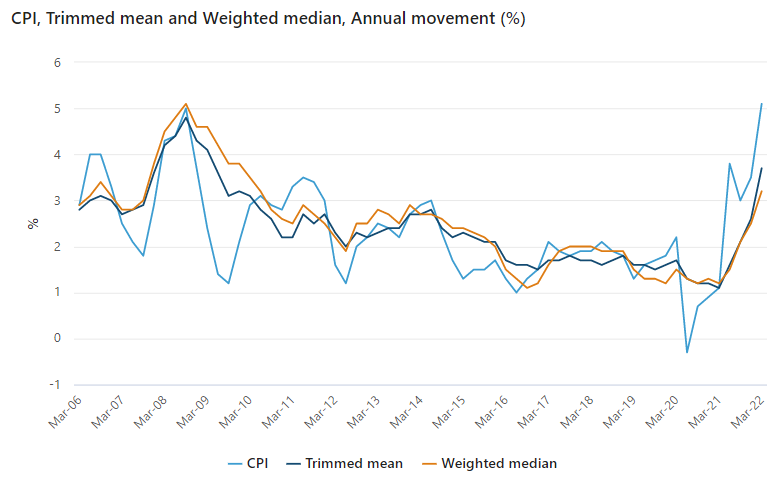 Almost nothing was spared over the month with only one stock posting a gain while most of the Fund’s holdings experienced falls of between 5 and 40%. This was despite, in many cases, either no negative company specific news (or indeed positive company news) being released to the market.

Kip McGrath Education (KME +2%) was the one positive performer after updating its FY22 earnings guidance in which the company expects to see a gain in revenues of 25% over FY21 and an increase in EBITDA of 17% as tutoring volume have begun to return to normal post Covid-19.

The worst stock price performer for the fund in the month was logistics company Zoom2U (Z2U -37%). In a head-scratching contradiction, the only ASX announcement released in the month by the company was a landmark services agreement with Bunning Warehouse, part of the Wesfarmers Group (WES), for Z2U to provide same-day delivery services across Bunnings’ metropolitan network of almost 200 stores. Whilst this in itself has the capacity to provide a material uplift in Z2U’s revenues and earnings, the relationship with WES is exciting in that it has the potential to be expanded across WES’ network of more than 1,000 Target, Kmart, Officeworks and Priceline stores. There is no doubt that in any other market this would have been met with meaningful market support, highlighting the depths of the market pessimism in June.

Playside Studios (PLY -29%) was another holding whose share price spurned the positive news reported in the month. We attended a site visit early in the month where the company reiterated its positive outlook for both its contract work and catalogue of current and soon-to-be released games such as Age of Darkness and The Godfather. Post this event, PLY announced an extension of its work-for-hire contract with Meta/Facebook along with a new six month contract to engage in virtual reality (VR) work for Meta. Given the credibility a commercial relationship with one of globe’s largest tech companies affords Playside, the share price slide seemed entirely irrational.

We’d like to reiterate the strong financial positions a number of our companies are in, as evidenced by active share buy-backs and net cash balances. Touch Ventures (TVL -24%) holds almost all of its current market capitalisation in cash ($74m mkt cap vs $67m in cash, plus investment assets valued in May 2022 at over $120m!) and, quite prudently, has activated an aggressive share buyback, repurchasing over 1m shares in June.

Digital textbook company Readcloud (RCL -29%) holds $5.4m on its balance sheet, made a net profit of over $1m in 1H22 and has also announced a share buy-back.

Regional telco player, Field Solutions Group (FSG – flat for the month) – announced a significant five year contract with Kestrel Coal valued at $25m which will contribute to a meaningful jump in its future revenues which, before this contract, are expected to come in at around $43m for FY22. Highlighting again how weak the market has been, this announcement was met by a 35% rise in the FSG share price which brought the shares back to square for the month.

There’s no other way to express it, we had a terrible FY22 with the Fund falling 38%. Even against the Small Industrials which lost 24%, it was a poor result. Whilst it may be of little reassurance, as material Fund unitholders alongside our clients, we have correspondingly felt the acute financial pain.

In hindsight, we certainly made some mistakes. Our investment philosophy is one with a long-term growth focus, and we aim to remain invested in our exposures over the long-term due to their growth trajectories. However, again in hindsight, we failed to opportunistically take some (or enough) profits over the past year when valuations became elevated across a number of sectors – and arguably across the market in general.

Whilst we didn’t get caught in the blood-bath of the BNPL sector having sold out of Afterpay, Splitit and Sezzle a couple of years ago (on account of an extended valuation), in Touch Ventures (TVL), we did overestimate the value the market would attribute to its strong relationship with major shareholder Afterpay (of course the circa 70% decline in Afterpay/Block didn’t help). We also underestimated the discount to which it would trade to its NAV in a bear market having expected a historical worst-case scenario might be a 20-30% discount; it is presently trading at a confounding 60% discount.

Our investment in the IPO of video technology company Birddog (BDT) was challenging with the company struggling with supply chain issues which limited its capacity to sell through product, along with some disappointing early financial results post listing. Whilst the long-term prospects for the technology and sector remain upbeat – recent sales results by Atomos (AMS) have been promising – as a new entrant the ASX Birddog will have to prove itself to the market with improved sales and financial results before its credibility will be restored.

Alcidon (ALC) has fallen almost 70% in the financial year. Certainly, Covid-19 curtailed some ability to sell into the UK hospital market and an ill-timed placement in late 2021 resulted in additional pressure on the share price. However, a raft of recent contract wins have shown significant catch-up by the company. Indeed, total revenue for FY22 is likely to come in at around $34m up 40% on the prior year – a positive result and in stark contrast to recent stock price action. With Alcdion having a strong balance sheet, significant recurring revenues derived from government and private domestic and international hospitals and health care providers, there are numerous reason to expect this stock could be a strong performer again in FY23.

Our investment in Raiz (-60% in the FY) is another that has hurt us materially. Frustratingly, the company’s metrics have actually improved over the year. FUM is up from $905m to $940m and customer numbers globally are up 35% (albeit in Australia they have only risen 3%). So whilst there has been some concern that growth has abated domestically (for the moment), we seriously consider that the pull-back in the price is overdone, particularly in light of the $10m investment Seven West Media made in the company late last year. With almost 300,000 active and engaged financial customers in Australia, Raiz is generating strong recurring revenues and is likely to garner the interest of a myriad of local financial institutions.

It is clearly easy to feel ‘bashed around’ of late given the severity and quantum of the market’s (and the Fund’s) recent falls. Importantly, as detailed above, we have positioned the portfolio to be invested in companies that have been well capitalised to endure any downturn.

The past few weeks we’ve been getting out and visiting both our existing and other companies that we have either  previously invested in or that may have the potential to be new investments. What’s clear, almost across the board, is that ‘on the ground’ there is nothing like the levels of pessimism that the ASX is presently reflecting. Yes, there continue to be some operating challenges in certain sectors, accompanies by dented consumer and business confidence, but the share price declines have priced in significant earnings declines in many cases. Of course companies with stretched balance sheets will remain in a difficult position while the stock market is bearish, but the levels of true ‘value’ creeping into stock prices presently is extremely attractive.

It is worth remembering that the market always looks forward and any rebound in price is, historically, likely to precede improvements in earnings. The chart below shows the S&P rebounds from a bear market 6-9 months ahead of a turnaround in earnings.

We have been investing for many decades (perhaps our recent results would belie that experience!) and we know that the best time to invest is when the market is at peak panic. Of course, this is not always easy to do, nobody rings a bell at the bottom, but from what we’re seeing and hearing, our company outlooks are far better than the market prices are currently implying and as such we remain particularly confident that the prices of our holdings will improve significantly in the near-term.

To date in July, we’ve seen a significant rebound in prices post 30 June tax-loss selling and the Cyan C3G Fund has experienced a material uplift in its NAV.

As always if you would like more information about any aspect of your investment, please contact us directly.